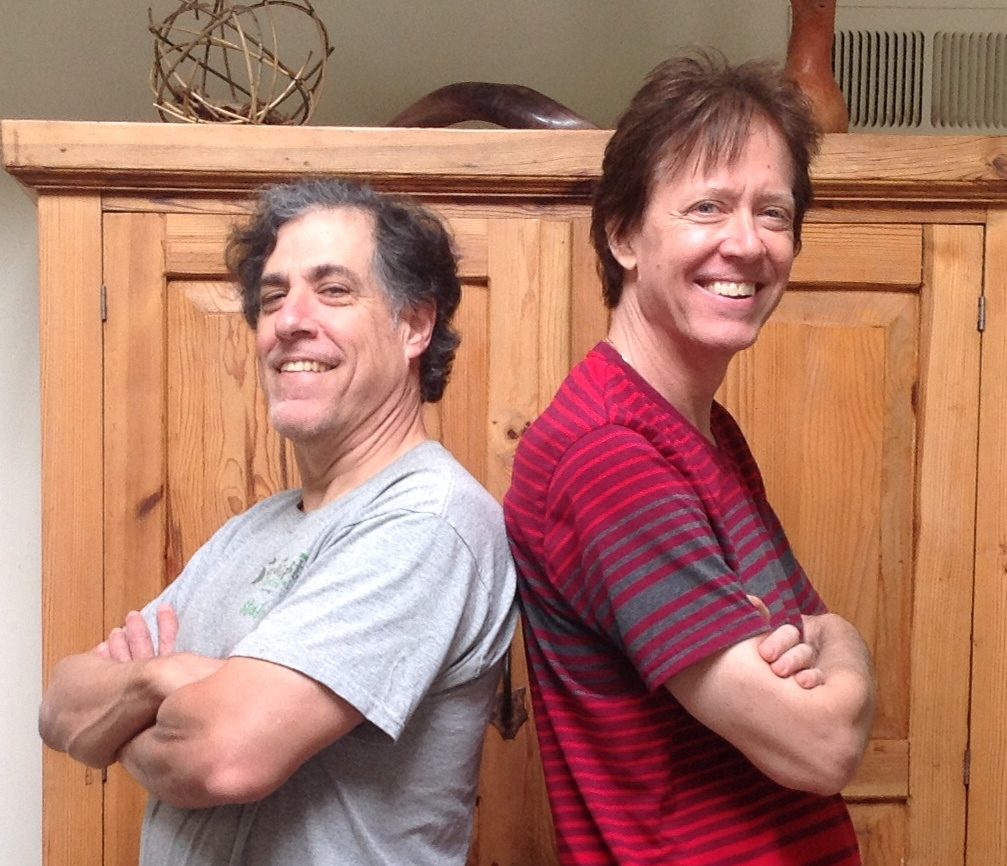 Programming Together for Over 30 Years

Amnon Meyers and David de Hilster met in 1990 at the Artificial Intelligence Lab of McDonnell Douglas (now Boeing) in Huntington Beach, California. Amnon was working on LISP machines (specialized AI computers) developing VOX, an extensible natural language processing system, and David reengineered the code in the C++ programming language. That is when text-based analysis and hierarchical knowledge bases merged with multi-pass pattern matching, and when a pioneering Natural Language Engineering partnership was launched.

Amnon and David developed robust and accurate text analysis tools and systems that were quick and easy to customize, and showcased these at the Message Understanding Conference (MUC) sponsored by DARPA throughout the 1990s. The dynamic duo placed 3rd overall (MUC-3 scoring as finalized in MUC-4) having only spent 3 months on the project, while competitors poured man-years into their efforts.

NLP++ is text-based,like HTML, PHP, and Perl, and supports feedback among all phases of text analysis (lexical, syntax, meaning, html, etc). The modular, pass-by-pass analysis framework of NLP++, along with seamless integration of code, rules, patterns and knowledge, yields efficient and accurate text analytics, readily maintained and enhanced by programmers, even without formal linguistic and NLP training.

Amnon has more than three decades of cutting-edge experience in the area of natural language processing, leading the creation of innovative systems and approaches in aerospace and in the university. He is the creator of NLP++ and the Conceptual Grammar – the two components for the current NLP-Engine. Bio: MS Computer Science UC Berkeley, MS Organic Chemistry UC Berkeley, BS Biology MIT. Eleven years in aerospace NLP R&D (McDonnell Douglas & TRW). Five years at UC Irvine AI Lab on DARPA/Navy projects. Amnon is currently CTO of Conceptual Systems LLC (California) and participates in the open-source projects NLP++, VisualText, and the Conceptual Grammar.

David de Hilster has over 30 years experience in practical NLP and is a consulting software engineer for LexisNexis and is currently part of the HPCC Systems super computing group. Before joining the company, David worked as a senior engineer/scientist for Text Analysis International, I-Search, TRW, McDonnell Douglas, and Battelle Memorial Institute where he developed practical NLP tool kits and systems. David holds a Bachelor’s degree in Mathematics and a Masters degree in Linguistics from Ohio State University. David is the architect of VisualText and co-architect of the language NLP++ and is responsible for creating the VisualText open-source project, the port of VisualText to VSCode, and creating the NLP Engine which runs on Windows, Mac, and Linux. David is also a scientist, artist, and musician who has his own YouTube Channel and has published a book on a new model for the universe with his father.

And now, VisualText and NLP++ are open source whose code can be found at http://github.com/VisualText.