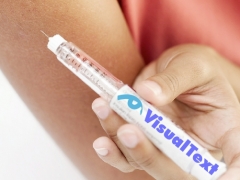 It sounds like a marketing ploy or a big lie. But the truth is, writing text analyzers using VisualText is addictive. Some say it’s the most fun you will ever have programming. After using VisualText for over a decade, I think I have some insight into this claim.

“…the continued repetition of a behavior despite adverse consequences,[1] or a neurological impairment leading to such behaviors.[2]

Addictions can include but are not limited to, drug abuse, exercise addiction, food addiction, computer addiction, and gambling. Classic hallmarks of addiction include impaired control over substances or behavior, preoccupation with substance or behavior, continued use despite consequences, and denial.[3] Habits and patterns associated with addiction are typically characterized by immediate gratification (short-term reward), coupled with delayed deleterious effects (long-term costs).”

There are a couple of points here that are related to VisualText. One, they mention computer addiction. I got my first computer back in 1978 and became addicted to programming immediately. I quickly used the entire 4K of total memory for programming on my computer and wanted more. The idea that machines could do things that only humans could do was intriguing. Those of us who like automation and machines, love and are addicted to the computer. One of my first programs was to write a random sentence generator which made me and my friends laugh.

Another related topic in the definition of addiction is “immediate gratification”. This is where VisualText is most addictive. Before VisualText, NLP++, and Conceptual Grammar, writing computer programs to understand the human language was extremely hard, required immense resources to create, and was not flexible. When asked to write a program to understand text, programmers simply claimed it was so hard, there was little chance of success.

Enter VisualText. At Text Analysis International, we make the claim that we can do a proof-of-concept analyzer for any task in a day. That may seem ludicrous. But for those of us who use VisualText fluently, it is something we do all the time.

Open up VisualText, grab the text you want to analyze, and start processing. Without VisualText, you would have to first choose a computer language that requires building your own tools before even starting the task, or research for weeks on existing analyzers, tools, etc that would do what you want to do but inevitably, you will never find one to do exactly what you want.

VisualText is a dream answer to this problem. Imagine an Integrated Development Environment (IDE) just like Microsoft Visual Studio, but instead of computer programming languages, you have everything you need to process human language to any level you want. It is a programming language and environment that has everything you need to start tackling your problem without building tools or being stuck with tools that don’t do what you need.

As many of us in the area of natural language processing know, understanding human language is understanding the human brain. Take this simple exchange:

John: “I have a coupon for Chipotle.”

Mary: “I don’t have time for lunch today.”

Wow. How do you get a computer to understand those two sentences? Obviously, there is knowledge involved here that both humans share – a history. VisualText has the Conceptual Grammar, a knowledge base that can hold knowledge to be used or to build knowledge as an analyzer analyzes text.

This shows that there is a bigger audience for the use of VisualText than just programmers. We are all experts in our own language. That is a head start.

Most people criticize English not because of the words, but because of the spelling system. “Photo”, “night”, “rough” are words that are pronounced one way but spelled the same way they were hundreds of years ago when they were pronounced differently. Yet, English is one of the most important languages in the world, spoken and used in various countries. And maybe that is why many ask “how can I speak English fluently?”

But we are not talking about the English language. We are talking about the orthographic system: the writing system. Enter NLP++. And, while learning to speak English is essential, it can also prove significant for writing a programming language since it consists of codes in English and numbers.

NLP++, invented by my genius friend Amnon, is the first true (almost true) programming language for natural language. It contains all the tools, functions, and pattern-matching mechanisms needed to write computer programs to analyze text. This has one far-reaching consequence in writing text analyzers: it allows anyone to get straight to the task at hand. This is what enables us to do a proof of concept for any problem in a day.

Everyone is a Programmer with VisualText

Another thing we have found over the past decade somewhat shocked us at first: VisualText was being used by non-programmers. I thought about this for a long time and eventually figured out why this was: given that we have a writing system and the fact we are all experts at understanding and producing human or natural language, we have an intrinsic fascination for language.

What makes programmers different from the rest of the other people in the world is their knowledge of programming language logic, tools, techniques, and various command lines like those you can find on https://www.linode.com/docs/guides/restart-linux-server-from-the-command-line/. They know about variables, functions, arrays, databases, and the like. Ask a non-programmer to write a program that sorts a list of names, they have no idea where to start. There is a science to computing and writing computer programs with programming languages that takes lots of study and patience to learn.

The difference with VisualText is that its ultimate goal is to produce an program to understand written language (the orthographic system) – something every human being has intimate knowledge.

What makes this addictive is that once a non-programmer learns about VisualText, and starts using it for a specific task such as pulling out addresses from an email or webpage, in a short time, using VisualText, they are tackling that problem. Enter instant gratification. In writing an analyzer, we start thinking more about the structure and meaning of language and it starts to fascinate us. We become addicted to the fact that human language is a window to our minds, our feelings, our intentions. In short, it is a window to our souls – who we are, and our common experiences.

Welcome to the world of linguistics, natural language, and human knowledge. VisualText opens this world to anyone wanting to process the reams of text that exist in our world today. It allows us to immediately start on the task of automating text analyzers without having to build the underlying tools.

As one of our earlier developers described VisualText: “anything thinkable”.

That is powerful, addictive, and lots of fun!

Welcome to the world of VisualText.

“Hi. My name is David de Hilster, I’m a addicted to VisualText and writing analyzers. My wife left me (no, not yet anyway), I hang out with other VT junkies and write text analyzers all day long.”

What inevitably makes VisualText an addiction – what makes us come back for more – is the holy grail: writing the ultimate text analyzer that understands everything. As we write more code, we want to keep making it better. We are never satisfied. There is always more language, and more constructions we can code into the system. To run these programming languages, it is generally necessary to use a powerful computer device. The most critical component of a PC is usually the CPU, which is essential for processing codes quickly. If you want to build a PC yourself, try to get a processor that has been manufactured based on the least-mm architecture process. Today’s integrated circuit chips (processing units) have become increasingly powerful so that they can handle complex computations and run programs much faster. In addition to all this information about the chip, you might wonder how these IC chips are made, what materials are used, and What is an IC chip used for?

And no matter how many analyzers we write, no matter how complete our analyzers, something new in language will get in the way or new text with orthographic glitches or funky formatting we have not seems trips up our analyzer up.

At least now we have a fighting chance.

So get addicted to life and language. Get addicted to VisualText, NLP++, and the Conceptual Grammar and have a hell of a lot of fun!